You are in » Espaço Lumen Gaia > blog > RELATIONSHIP, the great laboratory of our Self in LIFE!
Share

RELATIONSHIP, the great laboratory of our Self in LIFE! 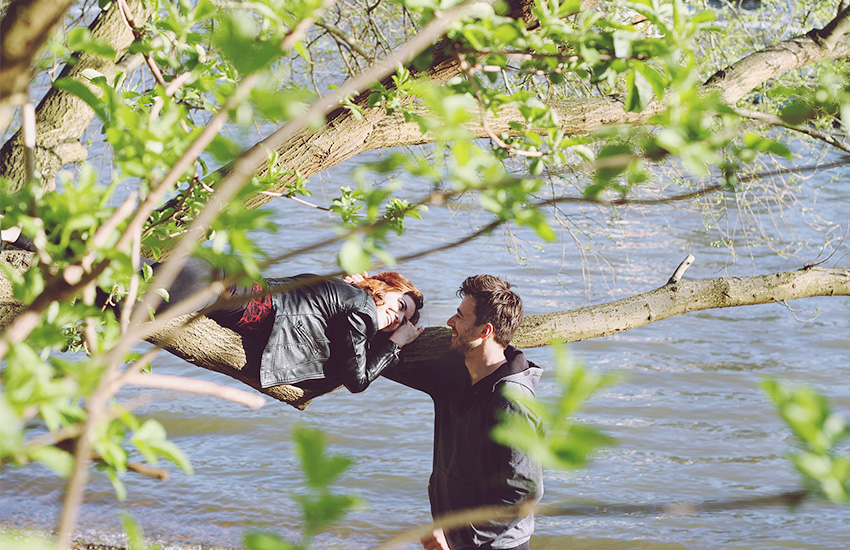 Relationships are life itself which contributed to the development of it.

Life is the relationship that our being has with everything. The attitude of relating to me determines my life. This attitude in our plane of human consciousness is dual.

How does a human conscience enable itself to relate?

When it has the ability to flow into the union.

What does that depend on?

From your inner will to unite and from your willingness to take risks, from your courage (heart action).

It means risking to engage with emotion, regardless of whether you make mistakes, suffer or have negative feelings. In our evolutionary time, the pattern of our relationships is a combination in the same consciousness between the freedom to relate in one area and the obstruction in others. It is the combination of pleasure and dissatisfaction.

It is life, it is the free flow of consciousness, it is what is realized in union on all levels (from the physical to the spiritual).

What determines depth in a relationship? (this is a deciding factor that measures the exchange, not the fact of being together physically, or formally).

A person can be alone and have a lot of depth in their relationships. Another may be together superficially for a lifetime. It requires that each conscience be held accountable for the distortions that impede its flow to union. A relationship without apparent friction does not imply a deep and healthy commitment. In a relationship in crisis, it may seem that it is seemingly getting worse, and yet a prerequisite of a cure is being experienced.

When two or more people grow together, in any type of relationship (companionship – friendship – love) they go through several stages: Idealization – deception – manipulation – crisis – rebalancing.

The imbalance that disrupts the life of a couple is SISTEMIC, when each is trapped in the larger context of their system of origin.

What creates separation in a relationship?

The damage caused by the expectations and demands of the participants, the re-creation of negative unconscious patterns that lead to separation and are repeated in the relationship.

Sometimes this expectation comes from the Family Fields, from the memories inserted in these fields, be it from traumas in the system (specifically from relationships), or entanglements (fidelity to the previous system, compensations).

In Couples Therapy, both the negative interactions of the personal ego need to be transmuted, as well as the systemic issues. The latter has greater depth and locking force. They are harder to be seen.

Who is more responsible in a relationship?

That person more consciously developed, because it is she who will seek a deeper interaction in the face of conflicts and greater integrity.

When there is a pairing in consciousness, both are responsible.

When destructiveness is a constant interference to the development of feelings of harmony and growth, and the latter becomes impossible through predominantly negative contact, the Pathwork Guide says that the relationship should be canceled. He is usually the most developed person who takes the initiative.

Exploring negative interaction and its effects is a hard, most rewarding goal.

The basic order in relationships, and specifically of greater importance, between committed partners in a complete relationship (physical – mental – emotional and spiritual) is the order of the balance between give – take, according to Bert Hellinger ‘s systemic approach.

It means that there is equality in taking and giving between two partners.

When we do not take all the strength of our parents and our ancestors, we risk being left without the force, and so in the need to look for it where it can not be given, despite the love and good intentions of our partner, . Taking and giving not being in balance jeopardize the flow of partnership. The flow imbalance causes disruption and separation.

In the imbalance that disrupts the life of the couple when it is SISTEMIC (which usually happens), each one is trapped in the larger context of its system of origin.

The biggest problem we face in our relationships and where most of the conflicts between couples originate is what I will call projected demand. They address their partners, but they are in relation to the entanglements with the family of origin.

Destructiveness in partnerships can come from:

Transmission of life: The woman contributes with her own life giving birth to her children and nurturing them. Man protects, gives birth to his children, and places them in the world.

When one accepts consciously and with love that which remains unbalanced, you can adopt new solutions that allow you to progress at the level of the Soul!

Get the latest news, trainings and activities directly in your email.

By using our site – Espaço Lumen Gaia, you confirm that you have read, understood and agree to all terms and conditions of use, as well as the privacy policy and the use of cookies.

Lumen Gaia Space will not be responsible for any loss or damage that may occur due to the use of the site, nor does it guarantee that the site will operate uninterruptedly and free of faults, errors or viruses.

If any provision of this Term of Use is declared invalid or unenforceable as a result of a court decision or administrative authority, all other provisions shall remain in full force and effect. This Term of Use will be interpreted in accordance with Brazilian laws.

1.1. The protection of personal data provided by users is a high priority for Lumen Gaia Space. Lumen Gaia Space makes every effort to ensure compliance with data protection. For more information, please see the privacy policy.

1.2. Lumen Gaia collects, processes and uses the personal data of users (hereinafter “data”) only if the data has been obtained with your consent or under a legal provision allowing the collection, processing and use of the personal information of the user.

2.1 The marks, names, logos, domains and other distinctive symbols, as well as the contents published in this site that do not constitute contribution of third parties, are the exclusive property of the site www.espacolumengaia.com.br – Espaço Lumen Gaia. The user and / or visitor is not allowed to copy, reproduce, republish, transmit, distribute or otherwise use any content or distinctive signs of Espaço Lumen Gaia, in whole or in part. It is not allowed to create any derivative work or adapt any content of the Site for any purpose, without prior and express authorization.

The jurisdiction of the District of São Paulo, São Paulo State, is hereby elected as competent to settle any disputes arising from this TERM OF USE, regardless of any other, however privileged it may or may become.

The Privacy and Security Policy was created to demonstrate the commitment and respect of Lumen Gaia Space with the security and privacy of information collected from our users.

All data registered on the site is not used for any other purpose than the communication and improvement of the quality of network navigation of the users themselves. Espaço Lumen Gaia does not commercialize, does not transfer, does not lend any data of the enrollees to other sites, individuals or companies.

The personal information provided by users to the Lumen Gaia Space is of restricted use of the same. They are used for the basic purpose of identifying the profile of the public user, in order to customize the available services.

In no way will be divulged information about its users and their navigation, unless it is obliged to do it by means of judicial order or in strict compliance with legal norm. The Lumen Gaia Space sends e-mails only to the electronic address of the user who has registered to receive them.

Cookies are information sent by the Lumen Gaia Space server to the user’s computer, which assists in the identification of their IP and the ease and efficiency of their navigation, simplifying the login of registered users, helping to guarantee security and authenticity of the accesses, as well as for internal audience control and preferences. Acceptance or non-acceptance of cookies may be freely changed in your browser configuration. However, when the user disrespects any security rule or carries out any activity detrimental to the proper functioning of the site, such as attempts to hack the service, Lumen Gaia Space for the protection and security of the site and other users, may adopt measures to identify the user and restrain such illicit conduct.

For security purposes, information may be shared when there is a request from competent judicial or governmental authorities for the purpose of personal investigations conducted by them, even if there is no court order, for example (and not limited to) when dealing with criminal investigation or breach of author’s directives, except for the secrecy hypotheses of information determined by current laws, or to communicate information when there are sufficient grounds to consider that the activity of a user is suspected of attempting or committing an offense or try to harm others.

Attention: Espaço Lumen Gaia has access links to other sites that are not covered by this policy. So, check the privacy policy of these sites, given that your information will be administered according to the policy of each of them and that may differ from ours.